It took awhile, but Santa finally admitted to me that he needed to get fit. Around the North Pole, he had difficulty participating in everyday activities like running around with the reindeer or traveling the world for the newest and latest gifts. He feared he would let down all the kids around the world if he couldn’t complete his gift-giving circuit. I was like, “Santa, that’s great! But how are you going to do it?”

He thought a moment. “I’m not sure just yet. But you’re going to help me along on this journey.”

So here we are. It’s about time Santa thought about himself. He gives so much year-round.

The Big SC and I searched through his email for early messages with gift requests. Did you know they start piling in over the summer?? Anyway, one item Santa found that a lot of people were asking for was Slim Cycle. So, he got on the phone with BulbHead to get the skinny on the 2 for 1 fitness bike. Turns out that it was the perfect fitness tool for Santa because it combines two types of exercise bikes in one and has strength training built right into it. Santa’s got a lotta toy sacks to carry Christmas Eve so he needs all the upper body strength he can get. 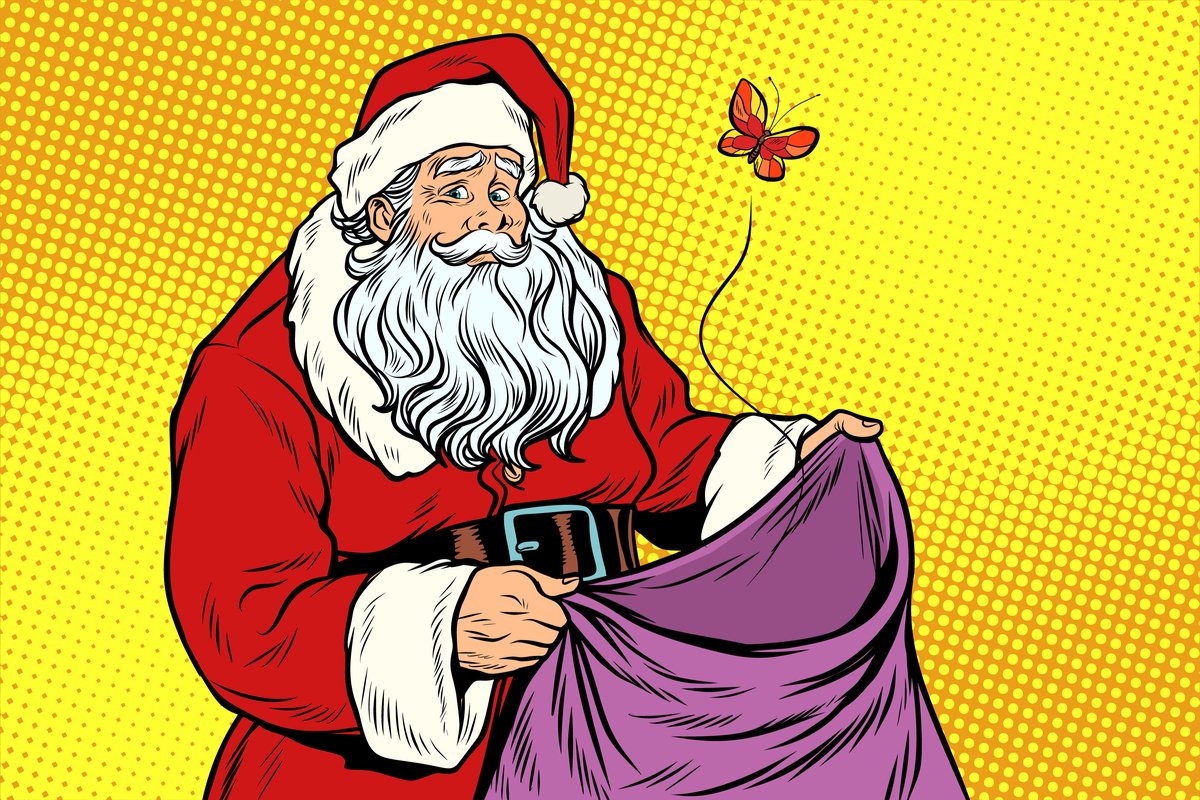 Speaking of toy sacks. . . Santa was as heavy as one. Not a puny sack the retail Santas fill with gifts, then refill. No. Santa’s real toy sack is super-heavy. It may not look like much in pictures, but trust me, it’s heavy and holds a lot. Santa feels like Atlas carrying the weight of the world when he’s hauling his toy sack across the globe. So, you can imagine if he felt as heavy as one on top of the actual toy sack. Those poor reindeer wouldn’t be able to lift the sleigh off the ground!

Another thing the other elves and I noticed was that Santa hasn’t been his jovial self in a while. Lately, he’s been jaded and unamused. Though he hasn’t said anything about it, I think he may be down on himself. He’s been having a hard time moving around and doing the things he’s supposed to be doing around the North Pole. But his muscles and mind aren’t in the same state as his heart. He’s got all the love of the world to share with children everywhere. SC is just worried he won’t be able to deliver presents. He’s worried he’ll disappoint the children.

Mrs. Claus is a little concerned about Santa. His red velvet uniform is tight, especially in the waist. Santa’s tummy (you may know it as the bowl full of jelly) keeps bursting the buttons. She really doesn’t want to let it out again, especially since it tends to loosen up after he’s working the circuit and delivering presents.

So, Santa is getting fit with Slim Cycle. He knows that he needs to change his entire lifestyle for best results, so we’re working on those little changes. Santa’s got 8 weeks to make a dent in his fitness goal. Check back next week to see his status update!