Santa is doing an elftastic job sticking to his fitness journey. I think now that he’s starting to get used to the routine of a cardio and strength training routine using Slim Cycle, Santa is ready to start introducing more small changes into his lifestyle. Switching to dairy-free eggnog helped a lot, especially considering how much of it he drank before. But over the last week, his actual eggnog intake reduced drastically. Instead, Santa’s been drinking lots of water. Stopped his bloating and excess gas! 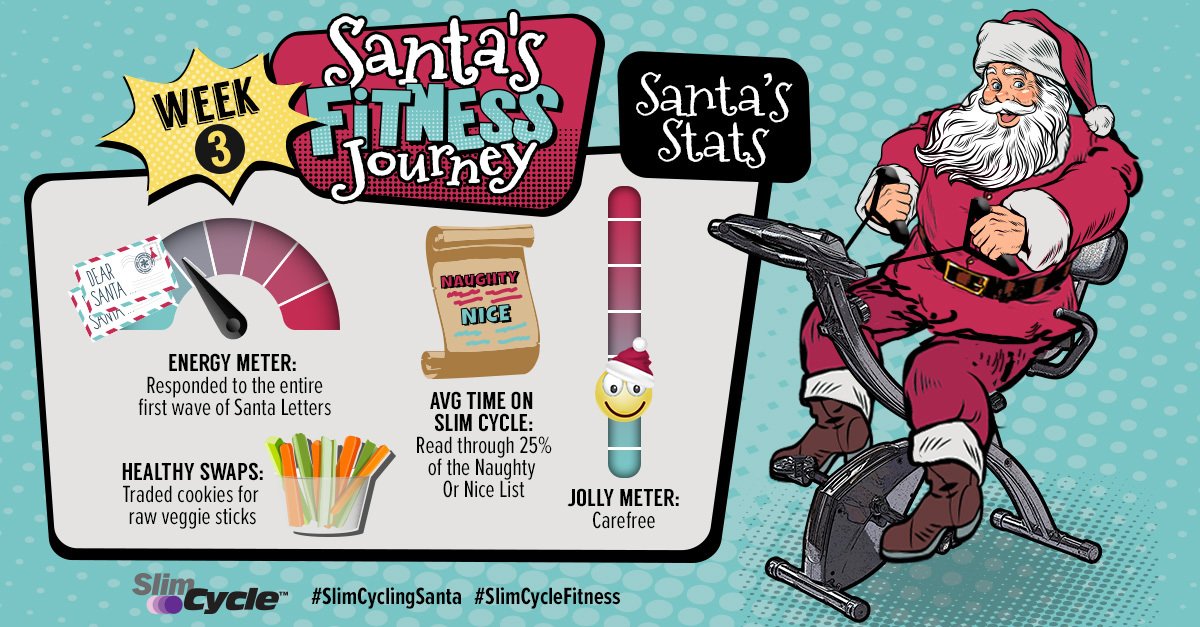 The Big SC had a really great week. After eggnog, Santa found holiday cookies irresistible. Well, we all know what those holiday cookies have, right? While the biggest ingredient is love, the second is sugar. . . and sugar doesn’t do a body good. When I suggested ditching the cookies, Santa looked horrified angry that I would suggest such a thing.

I was like, “Listen, Santa. You gave up real eggnog last week. You weren’t too thrilled about that. But you actually liked the alternative. All I’m suggesting is that you try something else.”

Santa looked like he was going to argue with but instead released a long sigh. “What did you have in mind?”

“When elves need a snack to keep us going, we munch on some raw veggies. Carrots are really filling and sweet. Plus, the reindeer like them,” I gave him a nudge.

So, Santa swapped out the holiday cookies for raw veggie snacks. While not the same, he seemed to enjoy them!

The Big SC’s spending more time on the Slim Cycle, building his endurance and simultaneously getting stuff done. This week, Santa read through 25% of the Naughty or Nice list. Have you ever seen that thing? It’s really long! And to get through 25% of it is like reading How The Grinch Stole Christmas a gazillion times. Just to give you an idea. 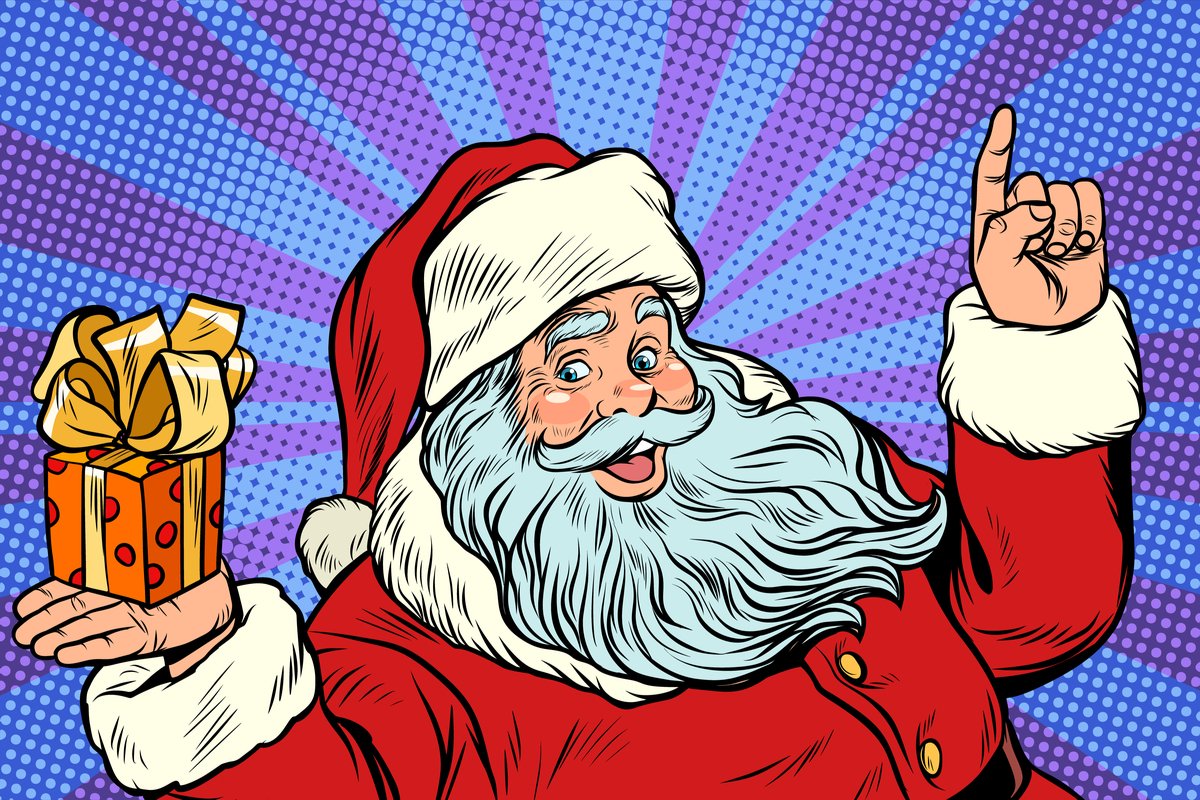 And since Santa’s been working out, he has more energy to get stuff done. The other day I saw him replying to letters from boys and girls around the world. Have you ever gotten a letter back from Santa? No. I didn’t think so. Well, this year you just might! I actually saw him writing replies by hand. That takes a ton of energy.

And even though Santa remains professional, his demeanor is so much more pleasant. Haryk, the elf that takes care of Santa’s reindeer, caught Santa sharing carrot sticks with Dasher and Vixen. Santa saw Haryk peeking behind the bales of hay and offered him some carrot sticks, too. Normally, Santa would just give a nod of recognition to any elf on duty – you know, to prevent them from getting distracted from their job. But he said that Santa was so carefree that he spread some of his holiday cheer even though Haryk was still on duty!

Santa is making amazing progress. I can’t wait to see how this week goes! Stay tuned for another update.