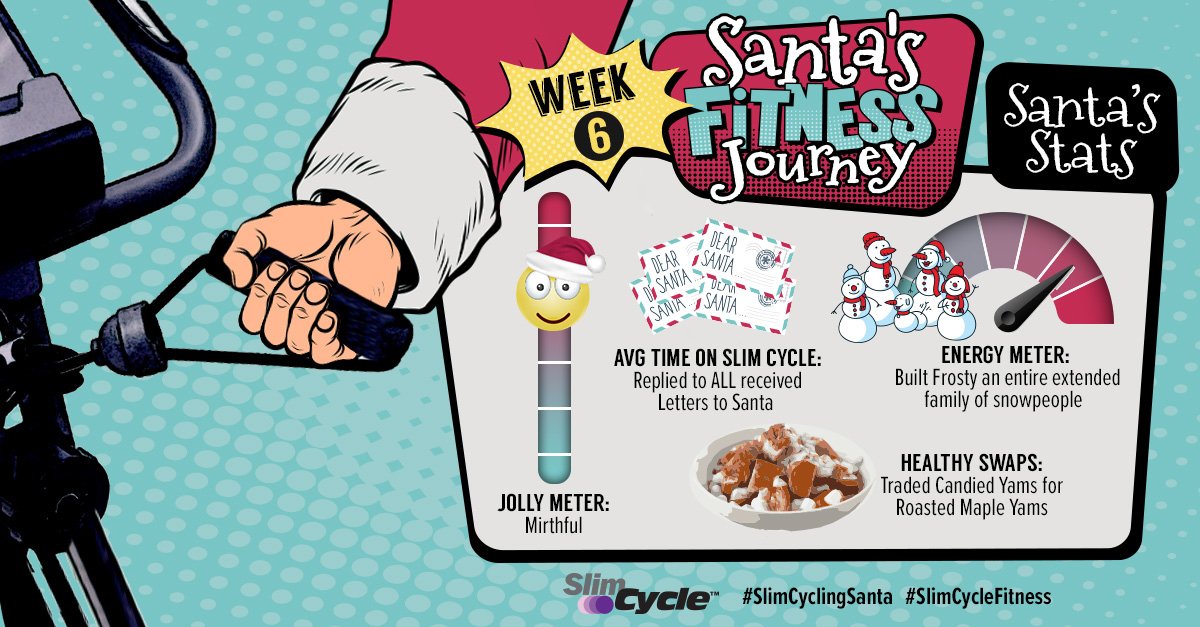 I can’t believe Santa’s Fitness Journey is almost complete. He’s worked so hard these past 6 weeks. It’s really starting to show! The last time Santa was so mirthful was way before my time.

If you wrote to Santa, keep an eye on your mailbox or email the next couple of weeks. Santa replied to all of the letters that he received – including the ones with the overplayed yo’ mama jokes (those he responded with a clever quip and a hearty chuckle). The Big SC was able to get all of his letter-writing complete as he pedaled away on Slim Cycle. Talk about multi-tasking! This week marked the longest he’s used Slim Cycle in a workout.

One of Santa’s favorite holiday side dishes is candied yams. I mean, who doesn’t like candied yams, amirite? But disguised underneath all that sweet and savory yumminess is a ton of calories – 420 per 6-oz. serving. Santa and I did some digging and round some healthier alternatives. We wanted to experience a similar flavor profile, so the search was challenging. One recipe we found was for roasted maple yams. Mrs. Claus and Santa spent the afternoon carefully preparing the meal.  And you know what? It was delicious! While not the same as candied yams, the flavors complimented our holiday meal. (Every night we serve up a holiday meal in the North Pole, by the way.) Later in the evening, I caught Santa sneaking a forkful of those roasted maple yams before bed. I let it slid. He’s been doing so well. Can’t blame the guy for enjoying his meal! 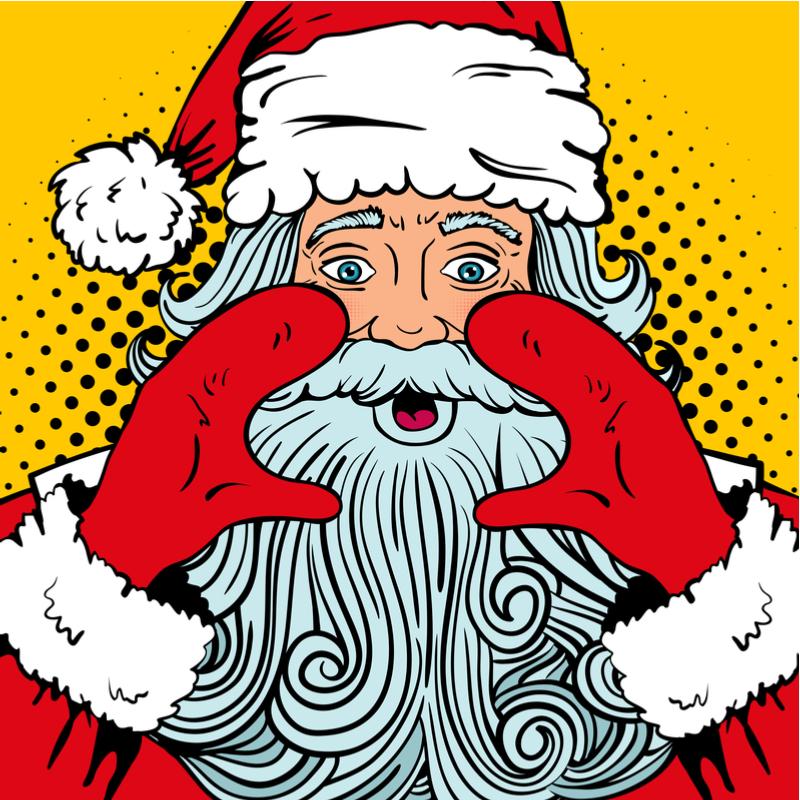 Remember the tale of Frosty? Well, they kinda got it wrong. Santa breathes life into the snowmen and snowwomen. Literally. First, he has to roll the snowballs by hand, then makes them bigger and bigger by rolling them across the fluffy tundras of the North Pole. After dressing them in attire that Mrs. Claus sews by hand, Santa inhales deeply, then slowly exhales Christmas Spirit into the snowperson’s makeshift mouth. Give or take 10 to 15 minutes, an animated and autonomous snow person is bopping around and spreading cheer. Well, Santa realized that Frosty was lonely and felt bad. So, he created an entire snow family, immediate and extended family included – even that third cousin thrice removed. There were so many snow people milling around that us elves had to help make them snow houses (no, not igloos). Think gingerbread, but with snow. We started to groan when Santa tasked us the chore, but then he gave us each a Climb Cart, which made the job sooooo much easier! Frosty was so overwhelmed by Santa’s gesture, he cried the most beautiful icicles I’ve never seen.

There are only TWO WEEKS LEFT in Santa’s Fitness Journey. Can you believe it?? I can’t. Will he get fitter? Will he fudge up his progress and go out on a calorie binge with the reindeer (you gotta watch out for the Dasher)? Who knows? Stay tuned and find out next week!