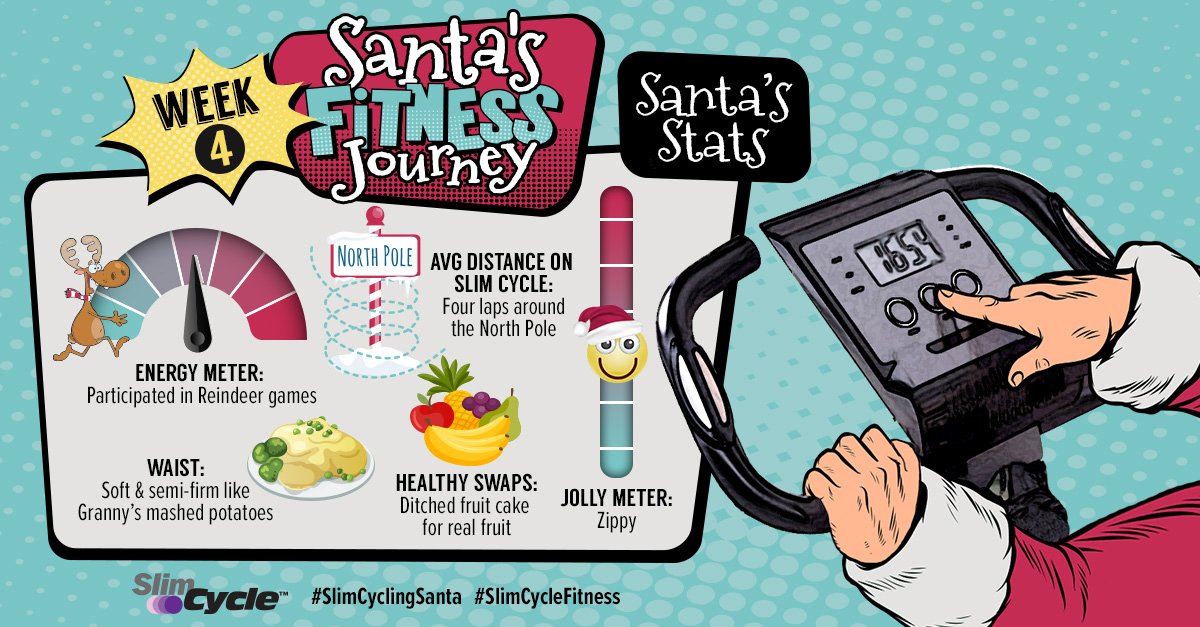 Santa’s really into his fitness journey. It’s been four weeks since he started and he’s had so many positive changes. The Big SC spends about 4 laps around the North Pole on the Slim Cycle, which is really starting to strengthen his legs and upper body. He’s gained so much more strength from his workout, Santa even participated in the Reindeer Games this week! And those reindeer – they’re quite competitive and very strong (they carry Santa in his sleigh around the world so they kinda have to be). Even though Santa guides his reindeer each Christmas Eve, they never have allowed him (or any elves) to participate in their Reindeer Games before. So, when Santa announced that he would participate this year, they all kinda scoffed at him – except Rudolph, that is. Rudolph is nice to everyone no matter how they treat him. In fact, Rudolph was excited that Santa was joining (they have a history together, so it makes sense). But the other reindeer weren’t thrilled. That cocky Dasher mocked Santa, saying that his lumpy,  mashed-potato belly would get in his way and that Santa would need to do average 1,000 laps around the North Pole on Slim Cycle in order for him to even keep up with the other reindeer. Luckily, Santa has a sense of humor. Otherwise, Mrs. Claus would be carving him up for a venison stew. 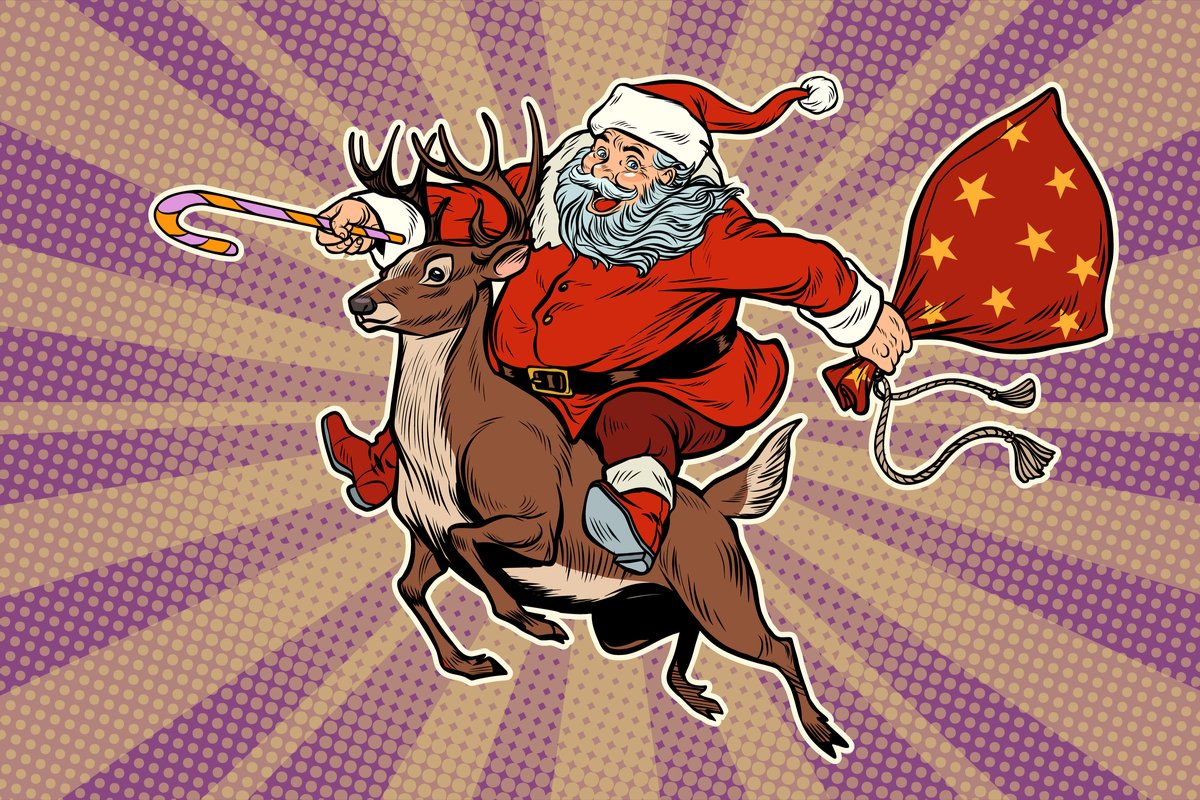 So, Santa participated in his first Reindeer Games and had fun, too! While he didn’t win the Games, it was a major win for his fitness journey. Four weeks ago Santa wouldn’t have had the confidence nor endurance to play. To see Santa running and playing with the reindeer – it was priceless. All of us elves were cheering for him. With such a zippy attitude lately, Santa’s become quite an enjoyable and loveable character that we’re fond of.

This week, the Big SC also swapped the fruit cake for real fruit.  I thought fruit cake was semi-healthy – I mean, it does have fruit in it. But Santa did his own research and shared with me that cake isn’t good and full of sugar. Since Santa is cutting back on processed sugar, he made the healthier swap on his own! I didn’t suggest it at all this week! Instead, he ate low glycemic fruits like apples, oranges, and bananas. They satisfied his sweet tooth while keeping him filled.

Santa’s reached the halfway mark of his fitness journey successfully. He’s starting to make healthier decisions on his own and I fear that my role as his motivator will soon come to a close. But, I’ll be here for SC. Always.