I have to tell ya, I thought Santa was going to be dead to the world after fixin’ a family for Frosty last week, but again, he surprised me. Instead of hibernating like a bear (which is what any respected elf would have done), Santa plowed through the week full steam ahead! His current average distance per workout on Slim Cycle is 8 laps around the North Pole. I’m getting tired just thinking about it. Us elves teased him a little bit when he was able to cycle the equivalent 4 laps around the North Pole, but really, we can only run like 6 laps before we’re completely wiped out. I can’t imagine 8 laps!

You know that line in the popular Christmas Carol “We Wish You A Merry Christmas” that goes “Oh, bring us some figgy pudding and a cup of good cheer?” Guess where that came from. Us elves. It’s a tradition that at the end of the workday that the Big SC fills our bellies with freshly made figgy pudding (courtesy of Mrs. Claus, of course) and our cups with an intoxicating mix of plum wine, bubbles, and a breath of Christmas Spirit. While elves can’t get drunk like humans, we still get giggly off of the Christmas Spirit. Anyway. . . back to the figgy pudding. Mrs. Claus’ recipe is soooooooo good. It’s something we look forward to. But this week, there was NO FIGGY PUDDING. I repeat, no figgy pudding. What the fillyloo, right? We were all milling around wondering where, in the name of Rudolph, was our figgy pudding. Then, Santa emerges from the kitchen with Mrs. Claus, each carrying an oversized tray containing little bowls. It wasn’t figgy pudding. I looked up at Santa, my eyes filling with tears.

Reluctantly, I sat down with my bowl filled with No-Bake Fig Bites. I took a hesitant bite, ready to swallow my disappointment with whatever figgy misfortune I was about to eat. As I chewed, the mildly sweet and chewy magic worked its way over my taste buds. O.M.G. So, good! I quickly shoveled the rest in my mouth and ran up to the Big SC holding up my bowl for more. These fig bites gave me a second wind of energy!

Speaking of energy, Santa’s has been off the charts. This week the Big SC knitted all us elves ugly sweaters. Yes, you read right – all of us. I didn’t think his thick sausage fingers would nimbly work the needles around the yarn, but he managed quite well. It was mesmerizing to watch him. The soft glow of firelight from the hearth glinted off the thin silver needles, the rhythmic motion of moving light reminding me of the glittering glow of Northern Lights reflected on the semi-frozen Arctic Ocean. Now, we can have a proper ugly sweater contest! 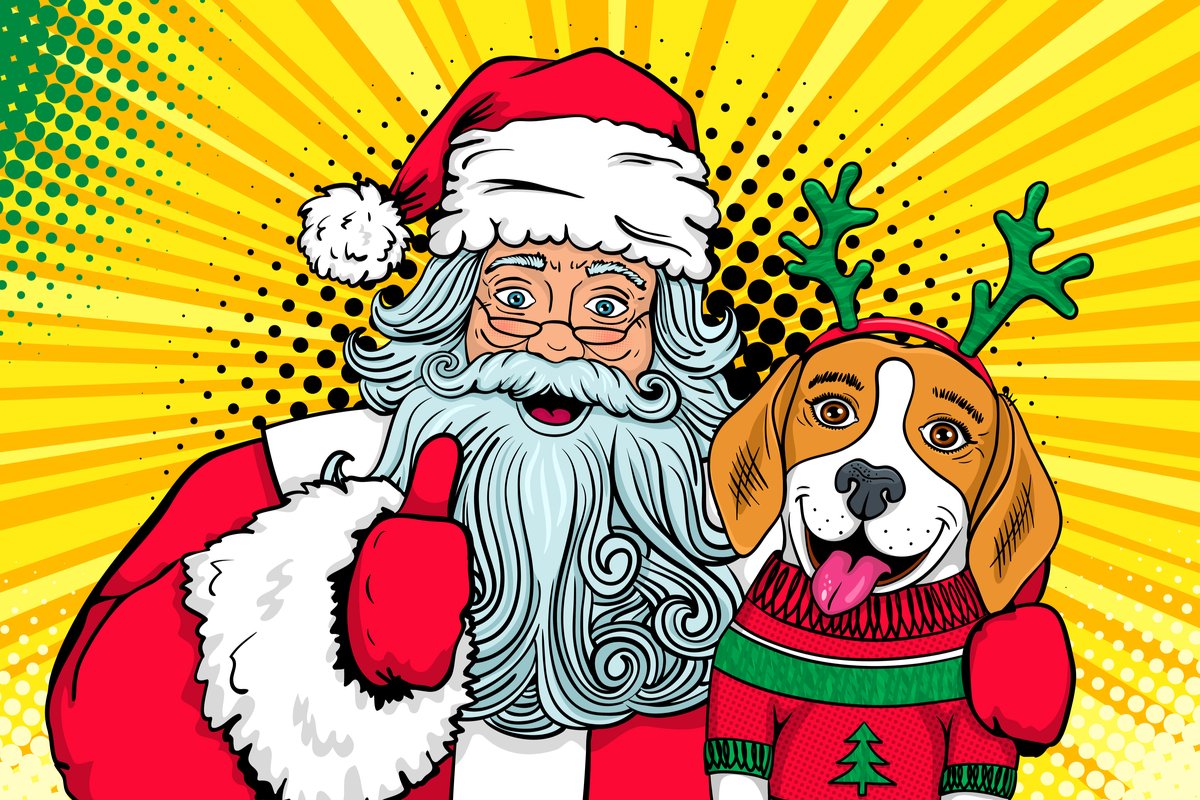 Santa’s spirits are getting closer to what they used to be. That deep-belly laugh is starting to surface, a contagion of mirth and well-being. He’s been so jolly lately, he adopted a dog from an animal rescue. Santa let us pick a name and set up a special dog house within the elves quarters. We named our new furry friend Jangles.

I can’t wait to see what Santa has in store next week. Stay tuned for more!